Lots of freelancers rely on verbal contracts or an email trail, but I would recommend using a formal contract for most work.

It can be tempting to skip the contract when working informally (e.g. for friends), but it’s especially important to use one in these situations.

Contrary to what we might like to think, these arrangements are often the most difficult, with lots of risk for scope creep among other things. A contract helps to set out what is or is not included, making everything clearer for all involved.

I’ve written about this in more detail in a previous article, but reasons to use a proper contract include:

On top of this, a contract will help your professional indemnity insurer in the event of a claim.

Contracts can be simple #

There are lots of places to find template contracts online: often there’s a small fee, but some have been open-sourced.

Andy Clarke’s Contract Killer is a good example of this. It’s aimed at web designers and developers, but it’s written in plain English and can be tweaked easily. The contract recommended on the ProCopywriters website is based on this.

Other places to source contracts include Simply Docs, Legalo and Farillio.

Ultimately, you’ll want to get your contract reviewed by a professional. If funds are tight, it’s better to start with something than not having anything in place at all.

Contracts used to involve printing, faxing or trips to the Post Office. Things are much simpler now.

Services such as HelloSign and DocuSign make it easy for clients to digitally sign contracts. These services often have a free tier, too.

If you’re an Adobe Creative Cloud subscriber, you have access to Adobe Sign which is a great tool for getting contracts signed.

A note on free contract tools: I’d recommend sending a test contract to yourself first. Some services will sign recipients (i.e. clients) up to their own mailing list, which is a fairly suboptimal experience.

Corrections + Suggestions →
Next →What a contract should include
Kindly supported by 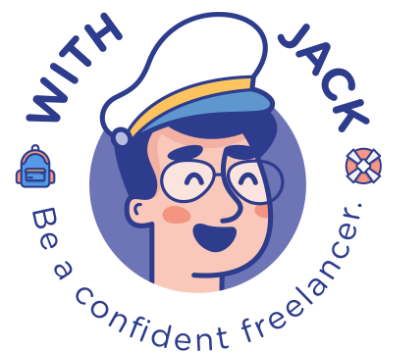 Pricing is difficult. This 4,500 word, 18 section Freelance Pricing Guide is here to help.